While the web creates more equal opportunities, female founders secured only 2% of venture capital in the U.S. in 2021. Miriam Schwab, Co-founder and CEO of Strattic, shares her personal story and challenges as a female tech entrepreneur and why she firmly believes the future is bright for women in tech.

I wish we didn’t need it. But it wasn’t that long ago that women legally weren’t allowed to have their own credit card or own property, and women continue to struggle for basic rights around the world. Women had a second-class position in society for millennia — it takes time to right that wrong, and we’re just getting started.

Those of us living in free, democratic countries are very fortunate. Technically, we have equal rights in almost every aspect of society. We can achieve economic independence and take on any role or profession we like. I am incredibly grateful for my privilege.

But we can only take advantage of these opportunities to the extent that society allows us to, and it is the unspoken, under-the-surface biases pervasive in society that still challenge us.

The Only Woman in the Room

I’ll speak about the space that I am most familiar with — that of my position as a tech co-founder of Strattic — a next-generation platform that converts WordPress sites to a static and headless Jamstack architecture for ultimate speed, security, and scalability, in one click.

The vast majority of the time, I’m the only woman in the room (including Zoom rooms). It is because to this day, it is mostly men holding positions of power. The men I know are good men who would like to see more diversity in their ranks. So where are the women?

“When you don’t look like everyone else who came before you (i.e. men), their subconscious wonders: can you really do the job?”

Well, when you’re working your way up in your career, your superiors have to make choices about supporting you and promoting you. Those choices are based on both objective and subjective, often unconscious, criteria. When you don’t look like everyone else who came before you (i.e. men), their subconscious wonders: can you really do the job? And that can often be the difference between moving up or staying put.

Having It All? The Challenge of Combining Parenting and a Career

Being a mother also still poses a professional challenge, although that is thankfully changing. Many workplaces expect their employees to be fully dedicated to work and to pretend they don’t have a personal life. But that doesn’t work for many women, and so they will often sacrifice their career trajectory to be able to parent their children.

It doesn’t have to be this way. And thankfully parenting has become more equitable over the last decade or so, where fathers don’t see themselves as “helping with the kids” but as equal parents. But many women still struggle with the combination of work and parenting and the lion’s share of housework and “mindspace” falls on them.

We are very fortunate to live in the era of the Internet since it offers so many opportunities for those of us who wouldn’t have traditionally been able to work our way up.

I founded my first company, a WordPress development agency, after giving birth to my fourth child. I really wanted the flexibility to be a parent, but also an opportunity to learn and grow professionally and offer value to society outside of my home.

I discovered WordPress, and thanks to the WordPress Codex and many very helpful posts written by other WP users, I was able to teach myself enough to start building websites. The web gave me the ability to learn from home, and then work from home, be online when needed, and get offline to be with the kids as needed.

“Decades ago I would never have been able to fulfill myself both professionally and as a mother. So while we face many challenges as a ‘minority’, we can work within the system to find a way that works for us, as women.”

The agency grew. I grew. I learned how to do marketing, sales, and build better and bigger websites. I also grew as a parent, and my family grew with the addition of three more kids.

Decades ago I would never have been able to fulfill myself both professionally and as a mother. So while we face many challenges as a “minority” (which is ridiculous since we’re the majority of people in the world), we can work within the system to find a way that works for us, as women.

Women Have To Work Harder and Be Better

Having said that, we will always have to work harder and be better. To succeed as a woman, you have to be the best in your space. Average men can move up, but we can only move up if we are rockstars. It’s unfair, and that needs to change, but it’s important to be aware of this and to acknowledge the disparity.

“For female tech founders, so many things are harder, including the activity that is the fuel for keeping a company alive: raising venture capital funding. Female founders secured only 2% of venture capital in the U.S. in 2021.”

For female tech founders, so many things are harder, including the activity that is the fuel for keeping a company alive: raising venture capital funding. All-female teams have very little chance of raising funding. Female founders secured only 2% of venture capital in the U.S. in 2021, the lowest percentage since 2016. Bring a male partner into the picture, and your chances increase — female and male founder teams raised 15.6% of total venture cash in 2021. This means that many talented, brilliant women can’t bring their ideas and innovations to fruition. I’ve seen it happen over and over.

The Future for Women Is Bright

These issues are getting attention and being discussed among leaders, media, and more. I was recently featured in a local news program that highlighted female founders and the challenges we face, and it garnered a lot of positive feedback.

WordPress specifically has always done an excellent job of being inclusive. For example, WordCamp conferences always have a great mix of speakers and participants from all sorts of backgrounds, and the community is generally a place that helps everyone feel comfortable and welcome.

I hope to see the next generation of founders equally split between men and women so that being a female founder won’t be noteworthy. I try to do my small part to “pay-it-forward” by speaking and mentoring to all-women colleges, high schools, startup accelerator programs, and more, sharing my story and hoping that not only can they learn from it, but when they see someone who looks like them who has made their vision a reality, they will believe that they can do it too. 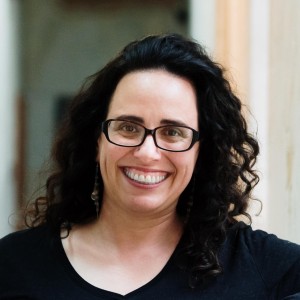 Miriam Schwab
Miriam is the co-Founder and CEO of Strattic, an end-to-end static hosting and publishing platform for WordPress websites. After years of dealing with the ongoing struggle of keeping client WordPress sites secure and performant at her agency, Miriam realized that these issues could be solved in a radical way by converting the sites to a static, Jamstack architecture, and founded Strattic.

Elementor Websites of the Month: Spotlight on Cannabis

Elementor is the leading website builder platform for professionals on WordPress. Elementor serves web professionals, including developers, designers and marketers, and boasts a new website created every 10 seconds on its platform.

The Future of Web
Creation Inside Your Inbox

Stay up to date with a roundup of Elementor's best web creation tips, tricks, and more!